The eyes and soul of an artist, the hands and heart of a fighter, on the face of an Angel; his daughter Maysen 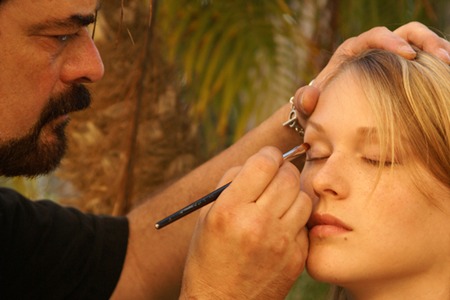